Journalist Beren Cross has been speaking on the latest video from Leeds United Live ahead of the Whites’ clash against West Ham United on Monday night.

United go into the game at the London Stadium with the possibility to go level on points with Premier League giants Arsenal, who sit in 10th place.

However, West Ham also have their own incentive as they look to keep pace in the race for a top-four spot, with the Hammers currently sitting in seventh place.

Cross spoke about West Ham striker Michail Antonio who has made 17 appearances for the Hammers in the league this season and has netted seven times across those games.

Speaking about the 30-year-old striker, Cross had this to say ahead of Monday’s clash.

“Obviously, Antonio didn’t play that night [the previous meeting]. So that’s going to be an entirely new dynamic on Monday night. Another player who’s massively underrated, [a] proper player, so hard to play against. You can imagine defenders having a nightmare with him because he’s just so different to what else is out there.”

As Cross mentioned, Antonio did not play in the previous meeting between these two sides earlier in the season, however, West Ham did prevail as 2-1 victors at Elland Road.

Will Antonio cause Leeds problems on Monday? 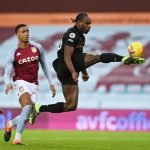 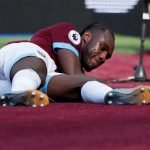 Cross is absolutely correct to warn Leeds of the threat Antonio is capable of causing their defence. The 30-year-old showed just a few weeks ago in West Ham’s 2-1 victory over London rivals Tottenham what a handful he is, despite playing up top by himself as he bagged himself a goal.

Even in their recent defeat to Manchester City, Antonio worked his way onto the scoresheet, having done so on six other occasions this season. Leeds may therefore have to keep an eye on the striker if they hope to keep West Ham at bay on Monday.