Wilson hosted the latest episode of the Celtic Huddle podcast and the panel discussed multiple issues involving the Bhoys. One topic of discussion was the situation of Scott Brown and when Celtic should be looking to replace the midfielder. Wilson talked about Campbell and he believes that the Motherwell man could be someone that Celtic could be looking at. 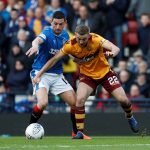 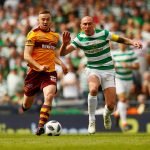 Brown is now 35 and while he has made as many as 29 appearances in all competitions for the Bhoys, he isn’t getting any younger at all. Campbell, meanwhile, is still 22 and the Scotsman is already a regular for the Motherwell first-team this season.

Wilson talked about the young midfielder and he had high praise for the Fir Park star and his abilities.

He said (11:16): “Allan Campbell, he is an interesting one. Watched him over a number of years at Motherwell. Very good player. He was almost away to Millwall in the January transfer window. Motherwell managed to keep hold of him. Could be one that Celtic are looking at possibly.”

Campbell has made 27 appearances in all competitions this season for Motherwell and he has three league goals to his name too. He actually did score for his side against Celtic recently (as per Transfermarkt).

He has picked up a rating of 6.72 in the Premiership this season and only eight active Motherwell players have picked up a better rating than him this season. This shows that he is indeed a decent player and because of his age, he might still improve in the future. So it won’t be a surprise if Celtic keep an eye on Campbell’s development.