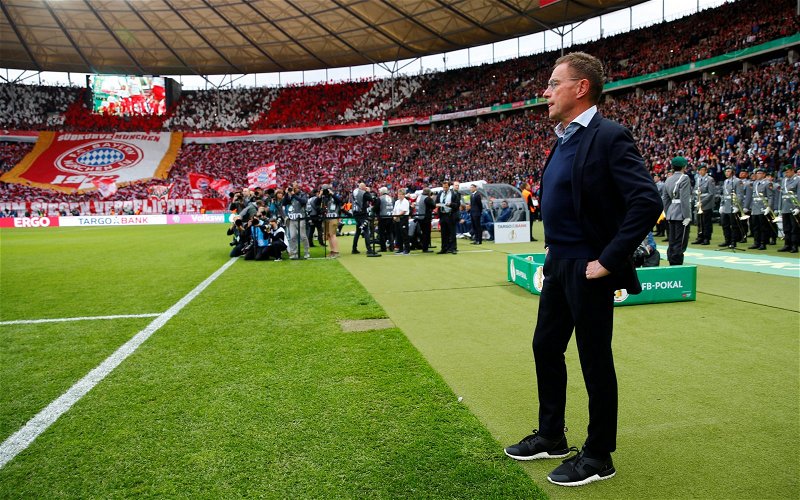 Paul John Dykes has been speaking on the latest edition of the A Celtic State of Mind podcast about all things relating to Celtic.

A topic that came up was the club’s incoming CEO Dominic McKay, which led to discussions on other potential appointments throughout the club.

One man who has been talked about in connection with the Bhoys is Ralf Rangnick, with broadcaster Derek Rae claiming that he would need an interesting project to entice him, while more recently, the fanbase has been awash with pleas to consider him for a backroom role after he reportedly turned down a role at Chelsea.

It seems that conversation has found its way to the attention of ACSOM host Dykes, and while talking about a new potential director of football, Dykes discussed Rangnick by heaping praise on the 62-year-old.

He said: “[There are] some tremendous videos out there, I think the Coaches’ Voice have spoken to him quite a few times. You get an idea of the philosophy that the man has, talking about a culture, talking about getting into a club and restructuring it.

“Then you start thinking to yourself, ‘wow, this guy is the real deal, he is exactly what we need.’

“If you could get someone in like that on a permanent basis, that would be a bold, bold move.”

The German is widely seen as one of the most influential people in football at the moment.

He has a good record as a Bundesliga manager with Schalke and RB Leipzig, often achieving high finishes in the league.

Rangnick has most recently worked in other roles, including as sporting director for Leipzig, so he has experience in that role and if the Bhoys were to make a move for a new director of football, then you would think that they could do a lot worse.

Looking at his record as a manager, you could also argue that Celtic could do a lot worse if they decided to make the German their manager, should they decide to replace Neil Lennon.

So, there are options there for the Bhoys, should they decide to make a move for Rangnick and we will be watching on to see if they do make a move.