Many Celtic fans have been talking about the latest news involving Stephen O’Donnell that recently emerged on social media.

A report from The Times has recently talked about Celtic’s interest in signing O’Donnell from Motherwell. It states (via GlasgowLive) that the Hoops have the defender on their shortlist, as they look to complete a squad overhaul and O’Donnell is being eyed as a replacement for Jeremie Frimpong. 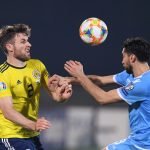 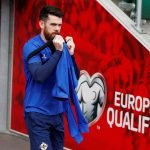 The report also states that O’Donnell would ‘jump at the chance’ of rejoining Celtic. This update involving Celtic’s chase of the Scotsman was relayed on Facebook by Read Celtic. Many Hoops supporters made their views clear about the defender.

What did Celtic fans make of the news about O’Donnell?

The 28-year-old O’Donnell played for the Celtic Under-20s side in the past and while he didn’t play for the Hoops’ first team, he left Parkhead for Partick Thistle in the summer of 2011. He has been at Motherwell since the summer, when he arrived from Kilmarnock (as per Transfermarkt).

In the current season for Motherwell, the right-back has made a total of 25 Premiership appearances and has two assists in his bag. He also played in the Europa League for the side, scoring one goal for them (as per Whoscored).

A lot of these Celtic fans don’t want their club to sign O’Donnell and some of them don’t rate him as a player.

As many as 12 Motherwell players have picked up better ratings than the Scotsman this season and it shows that he hasn’t had a great season by any means. While he does have the experience of playing in the Premiership, O’Donnell is 28 already and may not improve too much in the future.

So because of that, Celtic might just focus on some younger options and they shouldn’t look to sign O’Donnell.