Fans of Celtic have been reacting to a post on Facebook, which relayed a report regarding the Hoops’ alleged interest in a summer move for Burnley midfielder, Robbie Brady.

According to a report by The Mirror, Celtic boss Neil Lennon is ‘keen on a summer swoop’ for Brady, whose contract at the Clarets expires in the summer, with the £4.32 million-rated 29-year-old – at present – yet to put pen to paper on a new deal with the Clarets.

The report continues by stating that, if further contract talks between the midfielder and Sean Dyche’s side fail, then the Republic of Ireland international will become a free agent in the summer window, which would open the door for a free move by Lennon.

And, after Celtic Insider shared this report on Facebook, some of the Parkhead faithful had their say on the matter with many appearing delighted at the prospect of Brady making a move to Parkhead this summer.

Would Brady be a good signing?

So, what exactly did these Celtic fans have to say in reaction to Robbie Brady’s link with a summer move to Celtic? 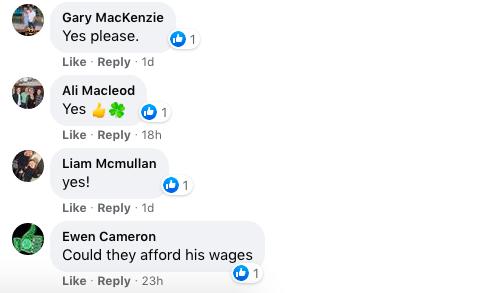 All in all, it would appear that these Celtic fans would indeed like to see their club make a move for Brady in the summer, with many stating their approval at the potential deal.

However, some questioned whether the club could afford the midfielder’s reported £35k-per-week wages.

Despite the doubts over his long-term future at Turf Moor, Dyche has continued to trust the 54-time Ireland international as he’s played 16 times in the Premier League this term.