Many Celtic fans have been fuming at some comments from Jeremie Frimpong that recently emerged on social media.

The Athletic recently published an article about Frimpong and his move to Bayer Leverkusen. It also included some comments from the Dutch youngster, who talked about the decision to depart the Parkhead-based side.

Frimpong said that he has always wanted to play in the top leagues in the game and he considers the Bundesliga to be one of the top three leagues. He revealed that he wants to play for ‘winning teams’ and he plays to win trophies in his career. 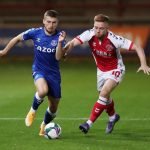 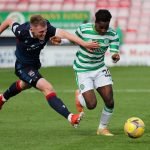 These comments from the former Celtic man were relayed on Facebook by Celtic News Now. Many Hoops supporters made their views clear about the Dutchman.

What did Celtic fans make of these comments from Frimpong?

Frimpong had joined Leverkusen from Celtic for a fee that could rise up to £11.5 million. The Hoops had initially signed the defender from Manchester City for a fee of only £300,000. He is currently valued at £3.60 million.

Frimpong was linked with a move to Roma in the past and Celtic had made it clear that they wanted a fee of £13.5 million. Premier League side Southampton were also interested in the young Dutchman and it was reported that clubs from the Championship were also looking at him.

During his time at Parkhead, Frimpong made 51 appearances in all competitions for the Bhoys and he even contributed to 11 goals during this time. He scored three goals and got eight assists (as per Transfermarkt).

This shows that he did well at Celtic and the fact that he was amongst the goals was a bonus. So Bhoys supporters should wish the youngster well for his future and appreciate his contributions. Celtic made a good profit out of the player and it is understandable why they sold the defender.