Many Celtic fans have been discussing some transfer news involving young goalkeeper Vincent Angelini that recently emerged on social media.

According to Man United-oriented outlet Stretty News, the Red Devils are currently keen to sign 17-year-old Angelini and he is also attracting serious interest from multiple European clubs, with Italian clubs also monitoring the situation of the young goalkeeper.

Are you annoyed by Celtic losing many younger players?

This information was relayed on Facebook by Read Celtic. Many Hoops supporters made their views clear about the news regarding the young goalkeeper.

What did Celtic fans make of this news about Angelini? 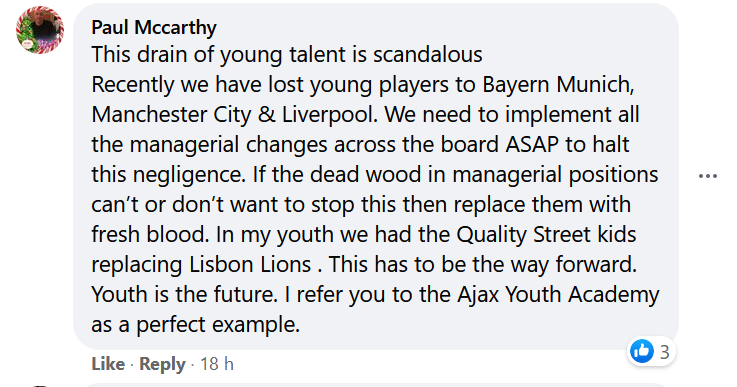 Angelini has also recently been linked with a move to Serie A clubs like Fiorentina, Atalanta, Milan and Lazio. The report from TuttoMercatoWeb had stated that the youngster is ready to leave Celtic on a free transfer, with Southampton and Everton already having made contact with regards to the teenager.

Angelini, who has dual nationality with Scotland and Italy, is set to see his current deal at Parkhead run out in the summer.

A lot of these Celtic fans are annoyed by this news and are frustrated about the fact that Angelini might leave the club soon.

This clearly shows that Celtic have a habit of losing younger talents to other clubs and that is certainly a cause for concern for fans. So it is understandable why supporters are frustrated about potentially losing another youngster.