Many Celtic fans have been discussing a news update about Olivier Ntcham’s situation that recently emerged on social media.

French outlet RMC Sport have stated that Marseille have submitted a loan with an option-to-buy offer to Celtic to sign French central midfielder Olivier Ntcham. The report states that the Ligue 1 club are still negotiating with the Hoops for Ntcham and want to land the midfielder on deadline day.

Would you be happy to see Ntcham leave? 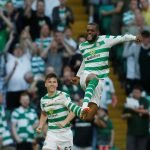 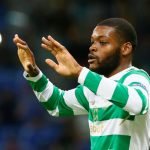 Marseille are currently looking to sign a midfielder to replace the departed Morgan Sanson, who has joined Aston Villa. Ntcham is valued at £3.15 million (as per Transfermarkt).

France Football (via GFFN) has stated that Marseille’s option to buy Ntcham permanently will be around €10m (£8.8 million).

This update caught the attention of many Celtic fans, who gave their views about the midfielder’s situation.

What did Celtic fans make of this news about Ntcham?

“I can’t believe we’d get anywhere close to 10 million for him I’d have took 6.”

“That will be close to £20M for Peter’s goin away present!!“

“My fear this transfer window is if we make a decent amount we might put a bid in for Shane Duffy.“

“Has he ever performed consistently in a celtic shirt? Wasn’t a regular starter under Rodgers and hasn’t been under Lennon either. If he can’t force himself into the team when we are playing this badly then I’m glad we’re getting rid.”
Credit: @RyanMacready

The report from RMC Sport claims that Ntcham is currently hoping to join Marseille before the deadline passes. Newcastle were also linked with a move for the Hoops midfielder and the report had stated that the Hoops would prefer an option-to-buy clause added into any loan deal. That report also suggested that Ntcham has made it clear that he wants a Parkhead departure.

Some other Celtic fans also made their opinion clear about Marseille’s offer for their French midfielder.

“Ntcham will be top class. He’ll get a big move in a two years time to a top club. A monumental waste from us.”

A lot of these Celtic fans would be glad to see Ntcham leave the club before the deadline and they want Marseille to sign him permanently soon.
Ntcham’s last Premiership start for Celtic came back in October and since then, he has made only three appearances in the league for the Bhoys. He hasn’t been in the club’s squad in their last three league games, even though he has recently been back from a period of quarantine.

This suggests that the midfielder isn’t a useful asset for the Bhoys anymore and considering that he wants to leave, it would be best for the Bhoys to let him go.