Many Celtic fans have been discussing the club’s links with a move for John Terry.

The Sun (via The72), have recently reported that Crystal Palace and Celtic are interested in hiring Terry as their manager in the near future but the Aston Villa assistant manager’s most likely destination happens to be Bournemouth in the Championship. 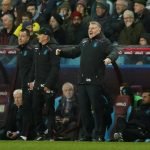 The report has stated that Terry is keen on the job at the South Coast club, despite potential interest from the Bhoys.

The news about Celtic’s interest in Terry was relayed on Facebook by Read Celtic. Many Hoops supporters made their views clear about the Englishman.

What did Celtic fans make of these links with Terry?

Terry is currently the assistant manager at Villa and he’s working under Dean Smith. He has been in the role since October 2018 and with Smith, Terry has been in-charge of as many as 108 matches for the Premier League side (as per Transfermarkt).

While Villa managed to stay clear of the relegation spot last season in the Premier League, under Smith and Terry this season, they find themselves at ninth in the table. They are only four points behind fifth-placed Chelsea.

A lot of Celtic fans don’t want Terry to manage their club in the future, but one fan feels that the Englishman would at least attract some good players.

Celtic have Dominic McKay replacing Peter Lawwell as the club’s CEO and Fergal Harkin has also been eyed as a director of football. This shows that the Hoops are looking at a potential overhaul over the season and that might mean that they could appoint a new manager too.

Terry hasn’t managed a single club so far in his career and with a rebuilding Celtic, he could start from scratch and make a name for himself. So hiring someone like Terry might make sense for the Hoops.