Many Celtic fans have been discussing Craig Gordon’s recent comments about the club’s failures this season.

Gordon was recently talking to Sportscene (via The Scottish Sun) about Celtic’s struggles under Neil Lennon this season. He believes that the team which was established under Brendan Rodgers has now eroded away and players needed to have been brought in earlier to replace those that have been at Celtic since the Rodgers era. He believes that this downfall was coming and the senior players would’ve probably realised that.

Should Celtic have tried harder to keep Gordon? 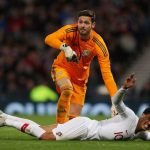 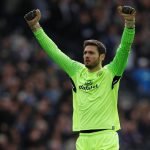 These comments from Gordon were relayed on Facebook by Celtic News Now. Many Hoops supporters made their views clear about the Scotsman’s comments.

What did Celtic fans make of these comments from Gordon?

Gordon had left Celtic in the summer after his contract at Parkhead expired. He had actually rejected a contract offer from the Bhoys, as he was getting reduced terms on the new deal (as per Sky Sports).

During his time at Celtic, Gordon made as many as 242 appearances in all competitions for the Hoops, keeping a total of 121 clean sheets (as per Transfermarkt).

A lot of these Celtic fans agree with what Gordon has to say and some of them feel that the Hoops should have kept the Scotsman at the club too.

Having said that, he is currently 38 and even without him, the Hoops have three goalkeeping options in the side – Conor Hazard, Vasilis Barkas and Scott Bain. Gordon was also part of the team under Brendan Rodgers that won multiple accolades and this included the Premiership, the League Cup and the Scottish Cup.

Therefore, the Hoops shouldn’t regret the fact that Gordon left the club in the summer.