West Ham insider Ex-WHU Employee has recently given his opinion about why the Hammers should make a move for Diego Costa.

Ex-WHU Employee recently appeared as a guest on the latest episode of the West Ham Way podcast and the panel discussed multiple issues involving the East London side. One topic of discussion was West Ham’s chase for a striker and the insider talked about Diego Costa. He believes that David Moyes’ men should move for the former Chelsea and Atletico Madrid star. 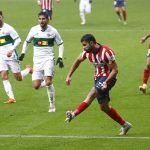 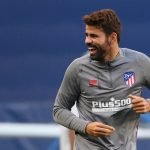 West Ham were linked with a move for Costa in the January transfer window, weeks after his contract at Atletico had expired. It was later reported that there was no truth in the fact that the forward was going to move to West Ham, as he wasn’t the sort of player than Moyes was looking for (as per Football.London).

Ex-WHU Employee talked about Costa and he believes that he is someone that the Hammers should be looking to largely because they have no other options.

He said (56:12):  “I think I would go for it as well. I mean, the only thing is he’s been out of the club for a couple of months. So he’s probably going to need a few weeks to get fit. But yeah, I would do it. You know, people say by coming in, he disrupts the team spirit. People say he is on high wages. But at the end of the day, it’s a risk we’ve got to take because we have no other options.”

Currently a free agent, Costa does have quite a lot of Premier League experience with Chelsea. He made 120 appearances in all competitions for the Blues, scoring 58 goals and also picking up 24 assists (As per Transfermarkt). He also won the title twice. He was once dubbed as one of the three best strikers in the world by an Atletico Madrid player back in 2017, so you can see just how highly he was rated.

Even in the 2019/20 season for Atletico, he contributed to nine league goals for Los Rojiblancos. This might be a sign of the fact that he can still score goals and he offers a lot of Premier League experience too. Because of that, he might well be a good move for West Ham.