Tottenham Hotspur fans have launched a scathing attack on one of their players following their victory over Wolfsberger in the Europa League.

The 4-1 win in Budapest means that Jose Mourinho’s men have one foot in the round of 16 whilst they continue their hunt for a first trophy since 2008. The players seemed to be pretty happy after the game, posting messages on social media to show their pleasure at the performance.

However, a post from midfielder Moussa Sissoko, valued at £16.2m on Transfermarkt, has brought a flurry of criticism and negative comments towards the Frenchman. He did play a large part in handing the Austrian side their only goal on the night by giving away a penalty, although in his defence, he didn’t receive the best of passes from Eric Dier in the build-up.

But despite that, there were a lot of fans who didn’t take to his upbeat post-match message too well, and they weren’t quiet in letting him know about it:

“When will your contract be up?”

@Nathan_chaka
“You need to leave Spurs”
@Sim_The_Analyst
“How exactly did you contribute to today’s win?”
@NdanguyTombele
“The nerve”
@Rg_nald_SA
“I prefer not to speak”
@THFC_willo
“Why is it always the players with mistakes. First Sanchez now Moussa… you’re asking for it.”
@Manu23588

Should Spurs look to sell Sissoko in the summer? 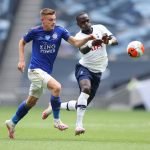 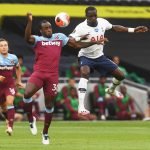 If they’re feeling this way after a win, just imagine what it would have been like if Spurs had lost.