These Tottenham Hotspur fans have been reacting to some footage of one of their January transfer targets.

Marcel Sabitzer was a name that Spurs were linked with before the window had even officially got underway, and when he does stuff like this, you can understand why. The Austrian midfielder, valued at £37.8m on Transfermarkt, scored a very impressive goal (via @BTSportFootball) at the weekend for RB Leipzig, a dipping, swerving effort from all of 35 yards.

The footage was then relayed to Tottenham Hotspur fans via @TheSpursExpress trying to drum up some sort of support and enthusiasm to try and go after him again in the summer, although there didn’t seem to be too much of that going around about the 26-year-old. Indeed, they felt that given their recent run of form and league position, that it was pointless even talking about him being an option for them to sign:

Do you want to see Sabitzer at Spurs? 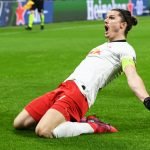 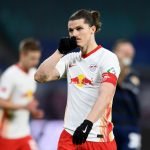 It’s clear to see that the majority of the Spurs fans above like what they see in the video, with one fan even stating that he’s never wanted a signing so badly.