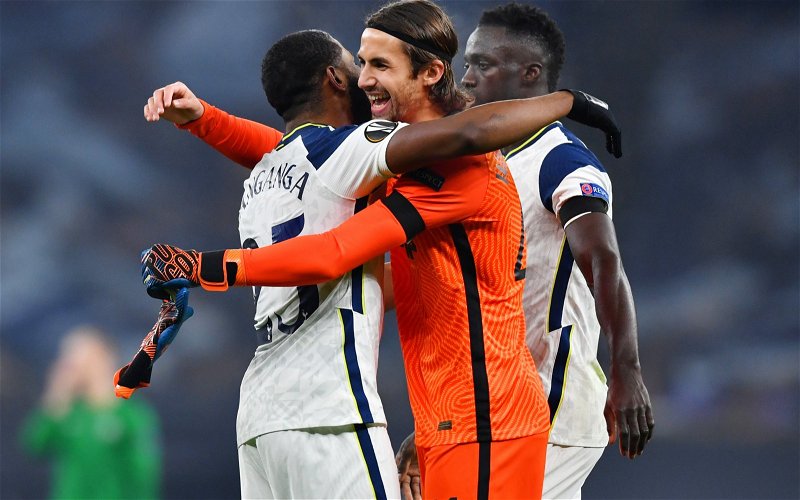 A lot of Tottenham Hotspur fans have flocked to a post from The Spurs Express, relaying news from The Athletic about Japhet Tanganga, which claims that the 21-year-old was blocked from a deadline day exit by Jose Mourinho.

Southampton and Celtic were among the clubs that were looking at taking the Tottenham academy graduate on deadline day, but in the end, Mourinho decided to keep him in north London.

This has drawn in these Spurs fans, who now want to see Tanganga play.

“Can he really be any worse than Doherty and aurier. Might as well try him at right back and see. Didn’t mourinho say he sees him more as a full back”

“Jose needs to give Japhet a run of games, was quality last season when called upon and think he could do well”

Do you want to see Tanganga used?

Yes, he needs to be involved

No, leave him on the bench

Tanganga can play all across the backline but was unavailable for selection for large parts of the beginning of the season due to injury, but now that he is back, he has still not featured in the Premier League for Mourinho’s side.

So, it will be interesting to see if Mourinho decides to use him now that he has blocked him leaving the club on loan.

This post continued to draw in many Spurs fans.

“Put him on the team sheet not the just the team bus. Thinks he’s on Coach Trip with Brendan”

Tanganga made 13 appearances last season for Spurs in all competitions, and it is clear that these Tottenham fans now want to see more from him this season.