Many Tottenham Hotspur fans have been talking about the latest tweet from Kyle Walker-Peters that recently emerged on social media.

Walker-Peters’ latest tweet came following Dele Alli’s goal against Wolfsberger in the second leg of the Europa League Round of 32. The current Southampton defender, who has previously plied his trade with Spurs, described Alli’s goal as a ‘normal’ act from the English midfielder. 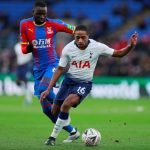 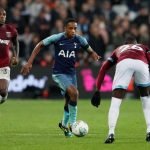 Walker-Peters’ tweet drew the attention of many Spurs fans who, made their views clear about the right-back.

“Replacing you with Doherty is one of the biggest mistakes this club has ever made.”

“Can the real Walker plz stand up! Come back KWP, you can be the best Walker we’ve ever had.“

“Come back. Haha. I need my championship spurs back which has you both starting.”

Walker-Peters is a product of the Lilywhites youth academy but the Englishman departed the north London-based side in the summer of 2020. He had spent the second half of the 2019/20 season on loan at Southampton too (as per Transfermarkt).

During his time at Spurs, the right-back had made 24 first-team appearances for the side and he picked up five assists for them.

“Come back, Kyle! By the way, your uncle used to play for Leixões, not too far from me.”

“Come back Kyle, we need you.”