Many Tottenham Hotspur fans have been discussing the news involving Giovani Lo Celso that recently emerged on social media.

The Guardian recently released a report about Dele Alli, which explained that Spurs were unwilling to let Alli leave the club in the winter window because Lo Celso is now set to be out for three more weeks because of a hamstring injury. 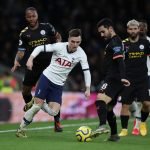 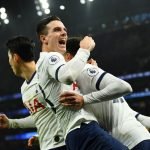 The report states that Jose Mourinho is currently resigned to being without the Argentine for a big part of February and there is a lingering fear that it could take longer than that for the midfielder to recover.

This update about the Lo Celso was relayed on Twitter by Daily Hotspur. Many Tottenham fans made their views clear about the player.

What did Spurs fans make of this news about Lo Celso?

“Another one for the scrapheap I’m afraid, the money that’s been wasted on this team is unbelievable never mind Jose out Steve Hitchen needs to go to.”

“Have to get rid of him in the summer! More injuries than Lamela and way overrated.“

“As bad as Lamela and that is saying something….“

Credit: @ElCapitain82
“Can be great in spells but what a waste of money. Tired of players like this. Another Argentine comes to mind. Legs made of jello.“

Lo Celso had last featured in Spurs’ Premier League game against Leicester City, who had beaten Mourinho’s men 2-0. The report states that the Argentine’s problem is currently ‘complicated’ and Lo Celso’s injury issue was one of the difficulties in potentially bringing in a replacement for Alli (as per The Guardian).
Some other Spurs fans also discussed the update about Lo Celso’s current situation.
“Just gonna laugh at this guys fitness at this point.”

“I actually can’t anymore.”
Credit: @kanefromthelane
“Can’t help but think that he was a massive mistake of a signing..“

“You must be joking me”

These Spurs fans are clearly annoyed at Lo Celso’s situation and some of them feel that signing him was a mistake for the club.
Since the 2019/20 season, Lo Celso has constantly been troubled by injuries. He had suffered from a hip injury last season and had also picked up two muscle issues in the campaign (as per Transfermarkt).
So his injury record is clearly underwhelming and it is understandable why Spurs fans regret signing the Argentine.