Many Newcastle United fans have flocked to the latest tweet from Fabian Schar that recently emerged on social media.

Newcastle defender Schar recently tweeted out, talking about his injury. The Swiss defender said that his injury is difficult to accept and he confirmed that he will be out of action for a few months. He made it clear that he will work hard to be back fit and aims to be back for the Euros later this year. The defender is currently valued at £11.7 million.

Do you want Schar to stay beyond the season? 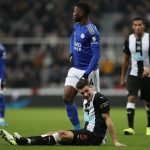 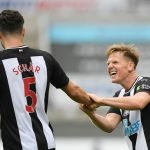 The club later announced that the defender will be out for several months.

Schar’s tweet caught the attention of many Newcastle fans, who made their views clear about the defender’s injury.

What did these Newcastle fans make of this tweet from Schar?

“Fab you’ve been immense for us, I hope you stay at least for one more season.”

“Hope it’s not your last game for Newcastle (Contract ends this summer) I‘ve loved watching such a talented footballing centre half at Newcastle. Great bargain signing by Rafa for just £3m. Hope you’re back for the Euros to shine.”

“Hopefully you get a new contract but if not thanks for the memories, all the best with the recovery.”

“My favourite player by a landslide! Hope you’re going to stay.”

Schar tore his knee ligaments in Newcastle’s recent narrow win over Southampton. The defender is out of contract in the upcoming summer transfer window and his injury will now be further assessed by a special consultant (as per Sky Sports).
The defender was stretchered off in the 75th minute of the game at the weekend, as Schar jarred his right knee attempting a shot.
“Are you stopping and extending your contract.”

“Coming back to form as well – really tough on you but chin up!”

A lot of these Newcastle fans are disappointed about the injury and they’re curious to know if the defender has played his last game for the club.
Schar has made 16 Premier League appearances for the Magpies this season and he has also played once in the League Cup. During the passage of the season, he has picked up a rating of 6.44 and as many as 14 players picked up better ratings than him in the Premier League for the Magpies.
But considering that apart from him, Steve Bruce has only three centre-backs available, it is easy to understand why the Magpies will miss Schar.