This comes after Ryder shared a post on his official Twitter page relaying points made in a recent statement from the Tyneside club regarding Fabian Schar and the injury he sustained during the Toon’s recent 3-2 Premier League win over Southampton.

The statement revealed that the defender “sustained a torn knee ligament” against Southampton that forced him off the pitch in the second half. The club also added that Schar will “undergo further assessment with a specialist consultant in the coming days before beginning his rehabilitation with the club’s medical team.”

This post from Ryder then gathered a lot of replies from Toon fans who were quick to share their thoughts on this latest news.

So, what did these Newcastle fans have to say in response to Ryder’s post about Schar?

“Bad news, correct me if I am wrong though, clearly not the dreaded ACL as he is saying he is aiming for the Euros. Big blow though”

“Really hope he recovers well and stays next season. Too good to lose”

Some Newcastle fans responding to the post were under the impression that this injury to Schar signals the end of his time at St. James’ Park.

“Can’t see the club offering him a new deal now, most likely played his last game for us which is a massive shame. Hope he recovers well and finds a new club, personally I’d still offer him a new deal but can’t see it happening now.”

“That’s the last we will see of him then contract up end of season they won’t keep him on now.”

“Need to sort his contract out @lee_ryder, can’t let a player of his quality go for nothing.”

Looking at the replies to this post, it appears that these Toon fans are very disappointed that Schar will now be facing a lengthy spell out of action due to this unfortunate injury.

Do you think Newcastle should offer Schar a new deal? 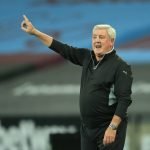 Given how the 29-year-old’s current contract at the Tyneside club runs out at the end of June this year, it’s understandable why some of these Newcastle fans are questioning whether or not he will renew his deal before then whilst he’s out injured.