Sky Sports journalist Nick Wright has been discussing Manchester City’s reported interest in Barcelona winger Lionel Messi and the possibility of a potential deal to bring the Argentine to the Premier League.

This comes after Wright recently made an appearance on the latest episode of The Sky Sports Football Podcast where he spoke about a number of topics concerning the Premier League and its clubs.

On the subject of Messi, Wright had this to say about the Barcelona star and a potential transfer deal with the Manchester club. (20.41)

He said: “I think all the ingredients are there for it to make sense. Obviously, the financials are kind of eye-watering, aren’t they?

“It’s enormous amounts of money, but this is Messi we’re talking about. I mean, I hope it happens because it would just be incredible to see him here in the Premier League and I think everyone would enjoy that.”

Messi made his senior debut for the La Liga club back in October 2004. Since then, the 33-year-old, who is currently valued at £72 million, has made 761 appearances for Barcelona across all competitions in which he has managed to score 655 goals and provide 286 assists along the way (per Transfermarkt).

Given how Messi has won a plethora of domestic and European titles throughout his career and a vast number of individual awards, it’s understandable why Wright would be excited to see Messi in the Premier League at some point.

However, with City reportedly distancing themselves from a potential move for Messi, it appears that we will have to wait until the upcoming summer transfer window to find out what the winger’s future will hold.

Do you think City will sign Messi this summer? 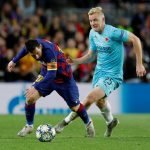 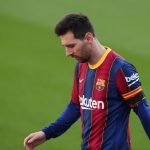 In our view, if Messi does make a move to the Premier League with City, he will undoubtedly bring a shedload of top-level experience and ability with him into Guardiola’s squad.

Also, with Messi having played 219 games under Guardiola at Barcelona in which he managed to score 211 goals along the way, there’s every chance he would be open to the idea of reuniting with his former manager at City (per Transfermarkt).