Leeds United: Fans react to reports of interest in Raphinha 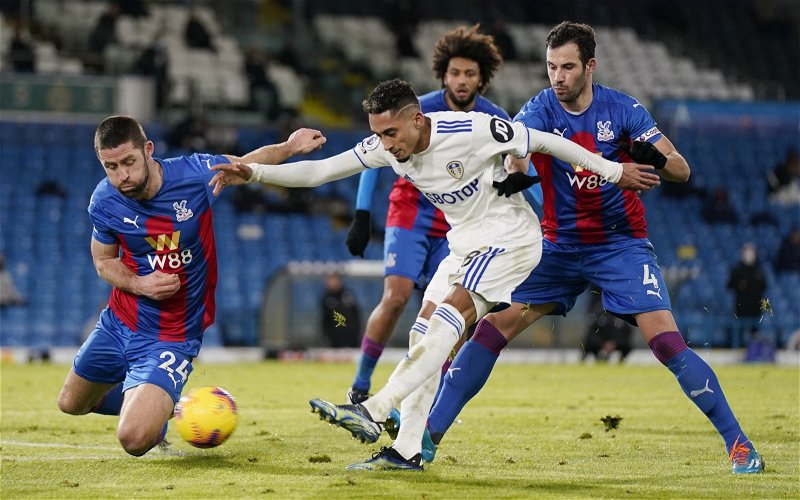 Fans of Leeds United have been reacting to a post on Facebook, which relayed a report regarding interest in the Whites winger, Raphinha.

According to reports by Italian transfer expert Gianluigi Longari, Manchester United have ‘joined the race’ for Raphinha, who is also attracting interest from Liverpool, ahead of a potential summer move.

Since joining Marcelo Bielsa’s side from Stade Rennais in what was a £16.72 million deal back in October of last year, the £16.2 million-rated 24-year-old has highly impressed over his 18 Premier League appearances for Leeds, scoring four goals and providing five assists, as well as averaging a WhoScored match rating of 7.00 – ranking him as the club’s fourth-best performer in the top flight.

Leeds United Live relayed Longari’s reports on Facebook, alongside the views of Manchester United supporters who feel Daniel James would be an adequate replacement.

Fans of Leeds have flocked to have their say on the matter, with many appearing furious at the prospect of Raphinha joining the Red Devils.

Should Leeds cash in on Raphinha this summer?

So, what exactly did these Leeds United fans have to say in reaction to the reports regarding Manchester United’s interest in a summer move for Raphinha?

All in all, it would appear that these Leeds United fans are firmly against the idea of their club letting Raphinha leave this summer, especially to a rival like Manchester United, and, considering how well the winger has performed for Bielsa’s side so far this season, it is not difficult to see why.