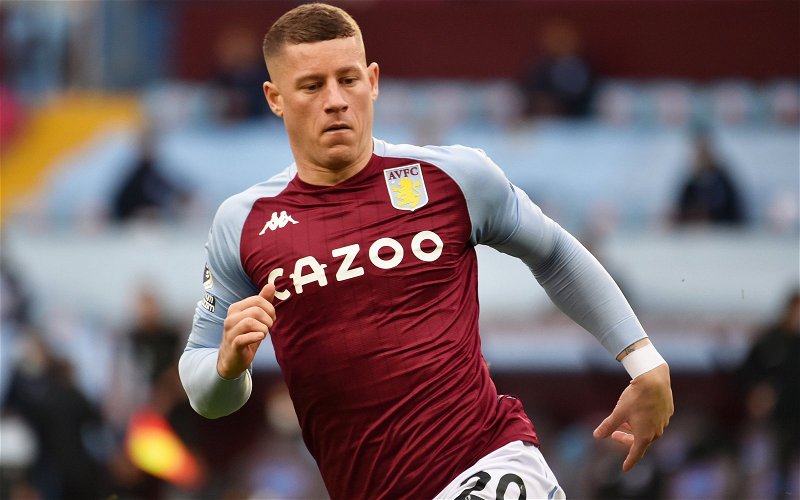 Aston Villa journalist Ashley Preece has been sharing some details on the possibility of the club signing Ross Barkley on a permanent deal from fellow Premier League side Chelsea during the upcoming summer transfer window.

This comes after Preece recently made an appearance on a Q&A episode of the Birmingham Mail’s Claret & Blue Podcast where he answered several questions concerning Dean Smith’s side.

During the episode, Preece was asked whether or not Villa would try and sign Barkley on a permanent basis this summer after securing him on a season-long loan deal from the west London club back in September.

In response, Preece had this to say on the matter.

He said: “It’s up to Barkley, for me. At the moment, is he doing enough to earn a permanent move to Villa Park? No. Can he force his way into Villa’s reckoning for a summer move? Yes.

“Regarding a permanent move, it’s not on the table yet, I think Barkley’s got to do some more for that to happen. Chelsea will assess the situation this summer, as will Villa.

“Smith said to me, no talks have been taking place at the moment regarding that.”

Since arriving at Villa Park, the 27-year-old, who is currently valued at £19.35 million, has made 13 appearances for Smith’s side in which he has managed to score three goals and provide one assist along the way (per Transfermarkt).

Given how Barkley has managed to earn himself a decent season rating of 7.03/10 for his performances in a Villa shirt, this shows that he has had a fairly successful time during his time in Birmingham so far.

However, with Preece airing his doubts that the Englishman is doing enough to warrant a permanent deal at Villa Park at the moment, the club will have to use the time from now until the end of the season to make a decision on whether or not they want to keep hold of Barkley permanently.

In our view, given how Barkley has already shown that he can perform to a high level in this team, the club should try and sign him on a permanent basis in the summer, if he wants to stay there.