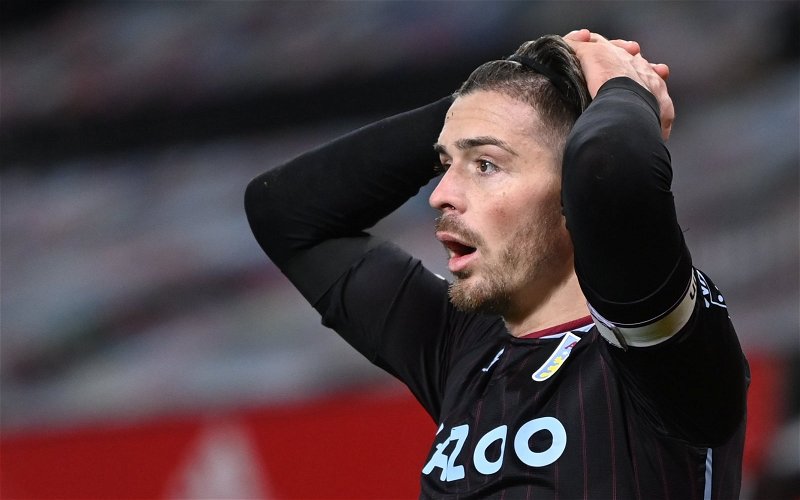 This comes after Evans recently made an appearance on The Athletic’s Villa-themed podcast 1874 where he discussed a range of talking points concerning Dean Smith’s side.

On the subject of Grealish and his current injury that led to him missing the Birmingham club’s recent 2-1 defeat against Leicester City in the Premier League, Evans had this to say on the matter. (2.02)

He said: “[I’m] not going to go into specifics of the injury until we’ve had the official confirmation from the club on that.

“Dean Smith didn’t reveal what the actual injury was, because, he said it will be assessed on a week-by-week basis. Now, it’s my understanding that he’ll miss the game against Leeds on Saturday and then he’ll be assessed from there so as soon as I know more, I’ll be able to update further but it’s not ideal is it.

“No matter how many games you lose Jack Grealish for, it’s always going to be disappointing because of how good he is for this team.

“Let’s hope he’s back sooner rather than later. I’m led to believe it’s not a very serious injury and it’s something that maybe he could play on in the weeks ahead so let’s wait and see whether the club reveal any more details and we’ll go from there.”

As a product of Villa’s youth academy, Grealish made his senior debut for the club back in May 2014 under former Villa boss Paul Lambert.

Since then, the 25-year-old, who is currently valued at £45 million, has made 209 appearances for Villa in which he has managed to score 32 goals and provide 43 assists along the way (per Transfermarkt).

TIF Thoughts on Gregg Evans’ comments on Grealish and his injury…

Taking into account how Grealish is Villa’s captain and has been their standout performer in the Premier League this year with a current season rating of 7.73/10, it’s safe to say he will be a big miss for Villa in any game he doesn’t play in due to this injury.

Are you confident Villa can beat Leeds without Grealish? 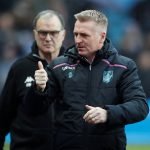 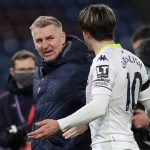 In our view, Villa will need to hope Grealish recovers from this injury as soon as possible so he can help his club pick up some positive results throughout the remainder of the season so they can finish as high up the table as possible.