Charles Watts has offered his view on what Arsenal could and should do when it comes to David Luiz’s red card against Wolves.

The incident was a pretty big turning point during the game. With the Gunners 1-0 up and looking pretty comfortable, the Brazilian clipped Willian Jose and gave away a penalty and was sent off in the process. The incident has sparked a pretty big debate about the interpretation of the ‘double jeopardy’ rule, and whether or not it was right to send Luiz off for his part in the incident.

And speaking on the latest edition of his show, insider Watts seemed adamant that the Gunners will be lodging an appeal over the incident based on the reaction of the Arsenal players.

He said: “Arsenal will decide on that [making an appeal] and they probably already have decided on that. Haven’t heard yet if they’re planning to appeal – I certainly suspect they will. I can’t imagine they’re not going to appeal that one.

“Because they absolutely have every right to feel hard done by, Luiz clearly feels very hard done by, we’ve have seen his post on Instagram saying just ‘unbelievable’. A lot of the Arsenal players were absolutely fuming as well, understandably so, I fully expect them to appeal on that.”

Will Arsenal win if they appeal? 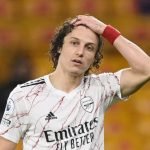 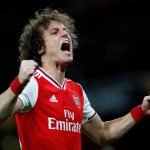 Watts seems to think it’s inevitable that the club will appeal the decision, although just like the initial call, it will all come down to the interpretation of the law. As ex-referee Peter Walton explained after the game on BT Sport (as per GiveMeSport): “Intent doesn’t come into the law because you can’t read a player’s mind, so you go by his actions.”

So whilst there have been occasions of red cards being overturned in the past, such as Son Heung-min for his tackle on Andre Gomes last season, or more recently, Fulham’s Joachim Andersen for his tackle during their draw with Newcastle, it’s not totally certain that Arteta’s men are going to be successful if they do decide to appeal.