Lepkowski appeared on the latest episode of Baggies-themed podcast The Liquidator and the panel talked about multiple issues involving the club following their 1-1 draw against Ole Gunnar Solskjaer’s Manchester United. When talking about the game, Lepkowski discussed Maitland-Niles and his performance against the Red Devils.

The Baggies had signed the Englishman on loan from Arsenal late in the January transfer window despite interest from the likes of Southampton and Leicester. He made his debut for Sam Allardyce’s men against Tottenham and also played the full 90 minutes against Man Utd (as per Transfermarkt).

Do you believe Maitland-Niles will come good at WBA? 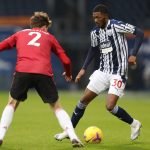 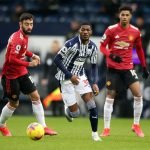 Lepkowski talked about Maitland-Niles’ performance against United and he criticised him for showing poor judgement in a moment where he could’ve helped the Baggies take the lead on Sunday.

He said: “He is a slow burner, but looks fit. I’m a little bit unsure where his best position is. From what I’ve seen of him at Arsenal, from what I’ve seen of him in the two games at Albion, I don’t know whether he’s a midfielder or a full-back. Unfortunately, the display against Man U will be remembered for that one cross where he tried to play the ball in with his right foot where actually, he needed to get his left foot behind it and weight it in perfectly for Diagne.

“That was a really, really bad judgement on his part where he probably should have played it with his weaker foot but he tried to be a little bit more clever with his stronger foot and the ball just went beyond Diagne and squandered what we thought at the time, might well have been a very rare chance against United. As it happens, we had more after that, but that was a really big moment of poor judgement on his part, I felt.”

The 23-year-old Maitland-Niles doesn’t seem to have started his stint at West Brom too well. Against United, he picked up a rating of only 5.92/10, while against Spurs, the Englishman grabbed a rating of just 5.98, with the Baggies slumping to defeat (as per WhoScored).

While that isn’t quite a good sign for the player, Maitland-Niles did come up with some good performances for Arsenal – averaging a respectable rating of 6.44 in which most of his appearances were from the bench – and it shows that he can be a useful player on his day. So perhaps West Brom need to be patient and they could yet see his performances improve in the remainder of the season.