Journalist Daniel Storey has recently praised Mbaye Diagne for his abilities and performances at West Bromwich Albion this season.

Storey made an appearance on the latest episode of the Totally Football Show podcast and the panel discussed multiple issues involving the recent Premier League weekend. One club that they focused on was West Bromwich Albion following their 1-1 draw against Manchester United at The Hawthorns. Storey had some praise for Diagne and he believes that the forward can do a job for the Baggies, even if they get relegated to the Championship. 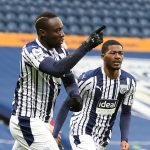 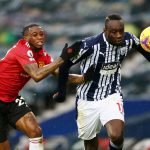 The Baggies had signed Diagne in the January transfer window on loan from Galatasaray and they do have the option to buy him permanently at the end of the season. Against the Red Devils, the forward had found the back of the net early on to give West Brom the lead. This goal helped the Baggies get a point from the game, as Bruno Fernandes made it 1-1 later on.

Storey believes that Diagne is a real handful as a striker, even though he is unsure if he would want to potentially play a whole season in the Championship next term should the Baggies get relegated.

He said: “Diagne looks good, though. If they can hold on [to him] – I don’t know if he will want to play a full Championship season, but he looks a handful. He looks like he would be good in the Championship.”

According to WhoScored, 29-year-old Diagne has picked up a decent rating of 6.80 in the Premier League for West Brom this season. He has an assist to his name and got the goal against the Red Devils too. Against Man Utd, he got a rating of 7.6 and he’s currently valued at £2.88m, as per Transfermarkt.

This suggests that he has shown glimpses of being a reliable player up front. Indeed, he scored nine times in 15 appearances for Galatasaray in the first half of the current campaign and it shows that he’s a capable goalscorer.

Because of all that, it is pretty understandable why Storey believes that Diagne can do a good job for the Baggies in the Championship – although it does appear that the journalist is resigned to seeing West Brom in the second tier come the summer.