Many Leeds United fans have been discussing the club’s links with Brazilian winger Douglas Costa.

German outlet Kicker has recently reported about Costa, saying that the Juventus loanee at Bayern Munich could make a decision about his future in the summer transfer window. This comes just some days after Leeds were linked, according to JuveLive (as per LeedsLive), with a move for the Brazilian.

It was stated that the Whites see Costa as a potential replacement for Raphinha, who has apparently caught the eye of Liverpool. 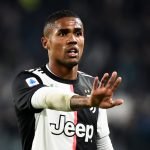 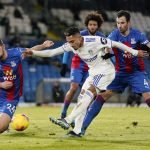 The update about Costa’s situation was relayed on Facebook by Leeds United Live. Many Whites fans made their views clear about the winger.

What did Leeds fans make of the news about Douglas Costa?

Costa was loaned out to Bayern in the summer of 2020 but in the current campaign, he has not even played 1000 minutes of first-team football in all competitions. In the Bundesliga, he has played only 11 games and he has scored once, assisting once (As per Transfermarkt).

In recent days, Raphinha has been linked with a move to Liverpool. Leeds’ fierce rivals Manchester United have also drawn links with a move for the Brazilian and it has been stated that they have joined the race for the former Rennes man, but Leeds are keen to keep him at Elland Road.

While Costa has won multiple trophies in his career, the £10.8m-rated ace has had multiple injury issues over the last few seasons. A lot of them have been muscle injuries.

Marcelo Bielsa’s system can be pretty demanding and that can take a toll on his players. A player like Costa has a history of muscle injuries and as a result, he may struggle under Bielsa. So Leeds should not move for the Brazilian if they want to replace Raphinha.