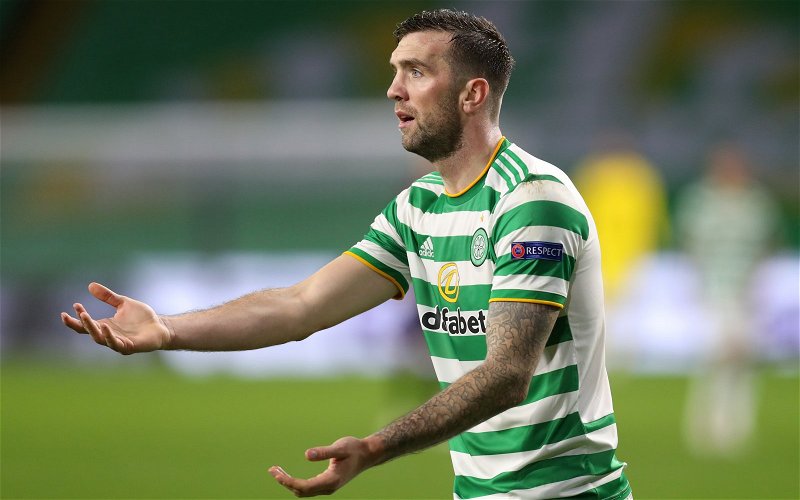 Lots of Celtic fans have been slating centre-back, Shane Duffy, for his performance in their club’s latest Premiership clash versus Hamilton Academical.

This game saw the £6.3m-rated 29-year-old, who is on loan at the Glasgow club from English Premier League side Brighton and Hove Albion, make his 15th Premiership appearance of the 2020/21 campaign.

Per The Daily Record, Duffy notably fouled Hamilton attacker David Moyo in the early stages of this game and although the Accies didn’t score from the resulting free-kick, it seems as though many Celtic fans feel that the Republic of Ireland international’s early foul was a sign of things to come in terms of his overall performance, as Duffy has been receiving plenty of criticism from Hoops supporters on Twitter.

So, what have these Celtic fans been saying about Duffy?

A lot of Celtic supporters have been blasting Duffy’s quality, with some indicating that they think Hoops boss Neil Lennon gives the loanee too much game time.

“Does Duffy know how to head a ball, or tackle without comitting a foul, or how to pass? He is the worst CB ive ever seen at Celtic. Useleaa carrot”

“Said it before and ill say it again. How is Duffy getting a game?”

“baffles me when the boy Welsh has been decent in the games he’s played , Duffy makes mistakes every game man”

Is this criticism fair?

“Just Pay Brighton to take Duffy back he is absolutely stinking”

All in all, it’s clear that Duffy still has some way to go to win over fans of the Glasgow club, many of whom seem to expect a lot better from the Irishman.