Pundit Stephen Doyle has tipped Celtic defender Shane Duffy for a move to the Championship.

Doyle appeared as a guest on the latest episode of the OTB Football podcast and the panel discussed multiple transfers in European football. One topic of discussion was Duffy and Doyle believes that his poor form hasn’t just been down to him and he believes that a move to the Championship could turn out to be useful for the Irish central defender.

Duffy had joined Celtic on loan from Brighton in the summer transfer window, but the defender has picked up disappointing ratings in games against the likes of Motherwell, Milan, Lille, Hibernian, Aberdeen and Sparta Prague. This shows that his time at Parkhead hasn’t exactly been great and Kris Commons had previously described him as ‘rank rotten’ too.

Should Duffy move to the Championship? 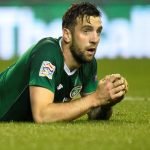 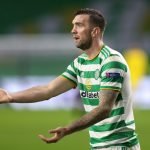 Doyle was talking about Duffy recently and while he appreciated some of his qualities, he believes that the Irishman shouldn’t go to a mid-table Championship club as that would reduce his chances of playing in the Premier League.

He said: “I think Neil Lennon has made a mess of things in Glasgow and I wouldn’t be blaming Shane Duffy’s downfall completely on Shane Duffy. Whether a Premier League club are willing to take a chance on him at this stage after what’s happened up there, I really don’t know, I think there’ll be major doubts around signing him after what’s gone on.

“He’s a very talented centre-half, like he’s a really good stopper. He’s a great reader of the game, he gets himself in the right positions at the right times. He’s very well able to organise a defence, that’s something that we’ve seen from very early in Shane Duffy’s career. So perhaps maybe a move to a Championship club might be the best idea. You’re talking maybe a Championship club up around the top six or seven. It wouldn’t be ideal to see him going to a mid-table club perhaps and never get back up into the Premier League again. Shane Duffy is very talented and you don’t lose that talent overnight.”

While Duffy has had some poor games, but the defender had started his Celtic career in some style as he scored twice in just as many games. He also scored in the club’s recent Premiership game against Kilmarnock (as per Transfermarkt).

As per WhoScored, Duffy has been Celtic’s fourth-best player in the current campaign and it suggests that he’s had some good moments as well. He has picked up a good rating of 7.28.

So perhaps, Duffy can still do well at another club and it is understandable why Doyle still rates the 29-year-old as a defender.