Pundit Lawrence Connolly has made it clear that Celtic should forget about signing Filip Benkovic in the January transfer window.

Connolly appeared as a guest on the latest episode of the ‘A Celtic State of Mind’ podcast and the panel discussed multiple issues involving the Bhoys. One topic of discussion was the club’s links with a move for Benkovic and Connolly believes that if Celtic are still looking to win the league this season, they shouldn’t consider signing the Croatian this January. 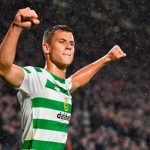 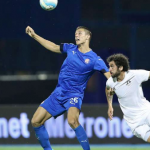 The Scotsman has recently reported that Benkovic is open to a return to Parkhead this month, even though Leicester boss Brendan Rodgers had stated that there has been no contact or discussions involving the defender yet.

Connolly believes that Benkovic should only be considered as a signing for the summer and not for January.

He said: “Benkovic for this year? Forget it. He’s hardly kicked a ball in two years. He’s not match-fit, so he’s going to take four, five, six weeks to get up to speed. That could be a signing for next year, but for me, in my opinion, not for this year. If it’s about trying to win the league, not Benkovic.”

Rodgers had recently praised Benkovic for his performances at Celtic and he said: “Thankfully for myself, I’ve seen the level. When he was with me at Celtic he played against RB Leipzig and he was sensational. Really since that first 10 games at Celtic, he hasn’t maintained a level of fitness and performance that I know he can.”

Benkovic was on loan at Celtic in the 2018/19 season, but Leicester had loaned him to Bristol City in January 2020. He was later loaned out to Cardiff City in October last year and has now returned to the King Power Stadium (as per Transfermarkt).

He did play ten times for Bristol City, but Benkovic made just one appearance for Cardiff this season. He was on the bench multiple times for the Welsh side and this might suggest that injuries and fitness haven’t been a huge problem for him and with Christopher Jullien set to be out for four months, signing Benkovic this month may not be a bad option for the Bhoys.