Many Celtic fans have been reacting to a post on Hoops news Facebook page Celtic News Now which relayed a claim on Celtic’s chief executive Peter Lawwell and manager Neil Lennon.

Per The Daily Mail, via The Daily Record, the Hoops’ decision-makers want to keep Lennon as manager of the Glasgow club for the remainder of the 2020/21 campaign, despite Celtic having endured a poor season, which has seen them get knocked out of the UEFA Champions League, the UEFA Europa League and the Scottish League Cup, while the Hoops sit a whopping 20 points behind their Old Firm rivals in the Premiership, though they do have two games in hand.

As for Lawwell, it’s been claimed that the Hoops chief ditched his plan to address Celtic fans via a second video message after he previously addressed supporters of the Glasgow club earlier this month to apologise for their controversial trip to Dubai and that message was met with a frosty reception from many Celtic fans.

After this news on Lawwell was shared with Celtic supporters online, their post got many Hoops fans talking.

So, how have these Celtic fans reacted to this news? 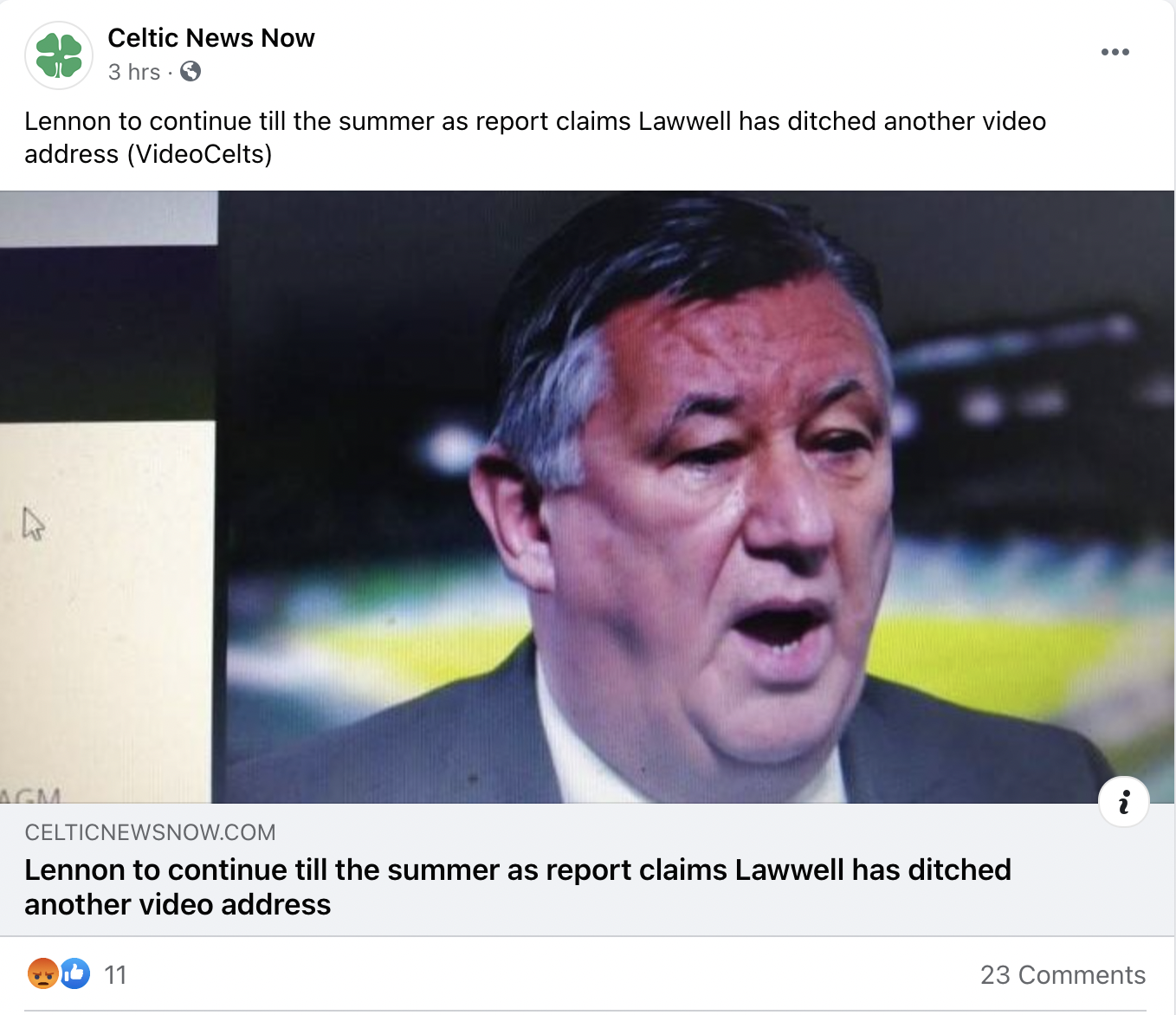 This news drew a largely negative reaction on social media, with plenty of Celtic fans slating Lawwell over this revelation.

Do you want another message from Lawwell?

“Ways to ruin the weekend”

All in all, it’s clear that plenty of Celtic supporters are angry about the way in which their club is being run at present. You could argue this is a perfectly justifiable reaction given the extent to which their crucial ’10-in-a-row’ season has collapsed, and to maintain the status quo at a time like this does indeed seem to be an ‘unbelievable’ call from the Hoops hierarchy, to say the least.