Celtic: Jason Cundy’s suggestion Wayne Rooney should be the next head coach is mocked by fans | thisisfutbol.com

Celtic: Jason Cundy’s suggestion Wayne Rooney should be the next head coach is mocked by fans

These Celtic fans have given suggestions that Wayne Rooney should become the next head coach at Celtic Park a hard pass.

Current boss Neil Lennon is under immense pressure in recent months, with the drastic performances in the incredible gulf between them and their Old Firm rivals arguably one of the key reasons why fans are calling for him to be sacked.

The suggestion of Rooney was put forward by TalkSPORT pundit Jason Cundy (The Sports Bar, quoted by The Daily Record), who believed that the job Steven Gerrard has done at Ibrox might be enough to tempt the former Manchester United man away from Derby County.

He said: “It will be interesting to see who takes the Celtic job because I can’t see Lennon hanging on after this season. I just wonder who might be tempted up there, because what Steven Gerrard has done, Wayne Rooney for example… Steven Gerrard has gone up there and made a name for himself.”

However, Celtic fans on social media weren’t too pleased to see themselves linked with someone with such little experience in the role: 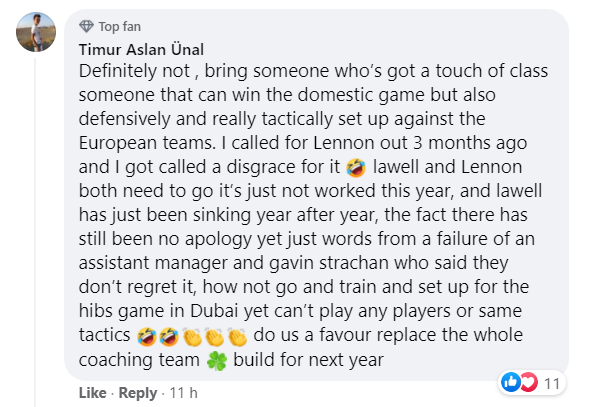 Should Neil Lennon be sacked?

No, he's not doing badly

Yes, he needs to go now

Despite the fans’ concerns, the Rangers job was Steven Gerrard’s first in senior management and that seems to be going OK right now, so it’s perhaps not a path that should be instantly dismissed.