Many Celtic fans have been discussing a news update linking them with a move for Championship winger Tom Ince.

Football League World has recently reported about Ince, saying that the Stoke City winger has attracted the interest of Celtic and the Hoops are looking at possible ways to sign him this month. The report states that Stoke boss Michael O’Neill is favouring other players over Ince and with Celtic looking to turn their campaign around, Neil Lennon’s side are exploring ways to sign the Englishman in January.

A post about this was relayed on Facebook by Read Celtic. It caught the attention of many Celtic supporters, who gave their opinion about the winger.

What did Celtic fans make of these links with Tom Ince? 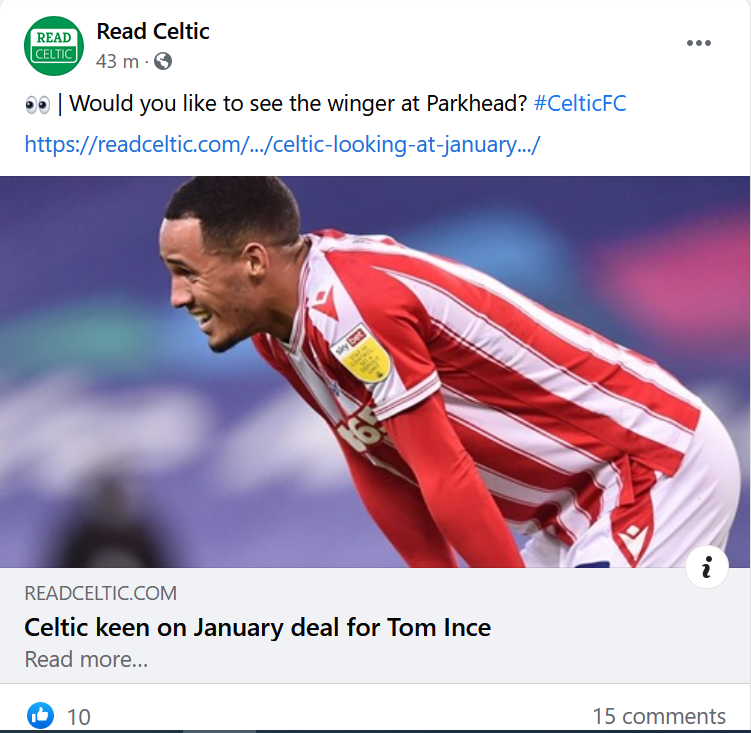 28-year-old Ince has made only seven Championship appearances for Stoke this season and he is yet to score or assist for the side. His numbers during his time at Stoke so far haven’t been great, as the Englishman has contributed to only 20 goals in as many as 88 games for the Championship outfit.


His best goalscoring tally came during his stint at Derby County, where he scored 38 times in 114 appearances for the Rams. He last played for them in 2017.

A lot of these Celtic fans don’t want Ince at Parkhead and one fan brands him to be an ‘EFL journeyman’ as well.

Ince’s goalscoring record at Stoke hasn’t been great and his best spell at Derby came a little more than three years ago. While he is a right-winger by trade and Celtic don’t have a single out-and-out option for that position, the Bhoys should probably look at someone else and sign someone who regularly contributes to goals.