Many Celtic fans have been discussing the club’s links with a move for Sheffield Wednesday midfielder Liam Shaw.

The Athletic has recently reported that Celtic are interested in Shaw and it is known that the Hoops are interested in Championship players like Ben Davies and Ben Pearson too. They were also interested in signing Alfie Doughty, but the former Charlton man ended up joining Stoke City. 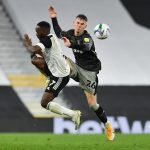 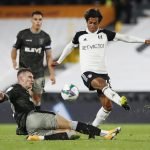 This is part of one of the policies that Celtic are following. They would be looking to sign younger UK-based players with potential at a time when they could be available for a nominal fee or on a pre-contract basis.

The update about Shaw’s links with Celtic was relayed on Facebook by Celtic News Now. Many Hoops supporters made their views clear about this news.

What did Celtic fans make of the Liam Shaw links?

Shaw is currently only 19 and his contract at Sheffield Wednesday runs out in the summer of 2021. He has been part of the Owls’ first team this season, playing nine Championship games and also playing in the FA Cup and in the League Cup. He even has one league goal to his name.

Earlier this month, Shaw had made it clear that his agent has been in talks with Wednesday over a new contract and he was hopeful that it would be sorted soon.

Andy Holdsworth has praised Shaw for his abilities already, saying: “He’s aggressive in everything he does. He knows how to play and is a good lad. He wants to work, learn and listen all the time to get better.”

The youngster is a central midfielder by trade and clearly has first-team experience already. On top of that, he could be a cheap signing if Celtic do look to sign him before he potentially extends his Sheffield Wednesday contract.

Olivier Ntcham has been linked with a Parkhead exit already and the Frenchman might need replacing. Shaw may be able to do that and because of his age, he might improve in the future too.