Many Celtic fans have been discussing Noel Whelan’s recent comments about Ben Pearson.

Whelan was recently talking to Football Insider and he described Pearson as someone who can succeed Scott Brown at Parkhead. Whelan believes that Pearson could be on the move away from Preston North End and given he has been linked with a Parkhead move, it is a move which may transpire in the upcoming week. 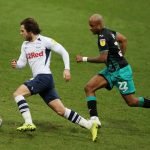 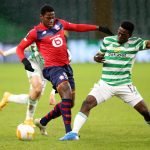 Whelan said: “He could be the successor to Scott Brown. The fact that he was not on the bench at the weekend is a strange one because he is one of their best players.

“It says one thing to me, that he is going to be on the move somewhere else. It is a bit of a smokescreen I think.  Watch this space because he has been linked with Celtic. If there is an imminent move on the cards it is going to happen this week or next, that is for sure.”

These comments from Whelan were relayed on Facebook by Celtic Insider. Many Hoops supporters began talking about Pearson.

What did Celtic fans make of these comments about Pearson?

Sky Sports journalist Anthony Joseph had recently reported that Celtic are interested in signing Pearson on a pre-contract basis. He stated that the Hoops have already made initial contact to bring the midfielder to Parkhead in the summer.

Preston manager Alex Neil has already made it clear that Pearson is leaving the club at the end of the current campaign. The 26-year-old has made 11 appearances in all competitions for Preston this season, but he hasn’t been in the squad since mid-December.

There is a mixed reaction to this news. Having said that, Pearson has been a regular for Preston over the last few seasons and he has picked up decent WhoScored ratings for the club during this time too.

He still 26 and he would add depth to the Celtic midfield, especially since Olivier Ntcham has been linked with an exit. So the Hoops are right to try signing Pearson.