During the summer transfer window, the Old Gold sealed the arrival of the defender from Barcelona in a deal that could be worth a whopping £37m (per BBC).

Semedo arrived at Molineux having made 124 appearances for his former club, in which he bagged two goals and provided 11 assists for the Catalan outfit (per Transfermarkt).

Since moving to the Midlands, Semedo has made 16 appearances in all competitions for Wolves, in which he has failed to score and he has managed just one assist.

In the latest episode of The Athletic’s The Molineux View podcast, Spiers discussed the full-back’s recent form and aired some criticism of him.

He said: “Semedo, such a key signing and someone who they really felt, or feel, can help evolve the team.

“It was a decision they made in full confidence and faith that [Matt] Doherty should move on and Semedo should come in and improve the team in terms of pace, agility and athleticism and be part of this evolution.

“What is it – 10, 15 games in? I mean, the guy’s getting better going forward, I must say against Palace he was sort of unstoppable. A few times he got the ball and was bursting into the Palace third.

“However, he’s so unreliable defensively. It’s just basic things like positioning and awareness. So, you can’t put that down to a formation issue or adjusting to the league – it’s just basics, really.

“It’s the same every week, he just looks like he’s got a mistake in him or a lapse of concentration every week.”

TIF Thoughts on what Tim Spiers said about Nelson Semedo…

As can be seen in what the journalist had to say, he believes that the Portuguese right-back, who is valued at £31.5 million (as per Transfermarkt), has been unimpressive defensively since he signed for the Old Gold in the summer.

Who would you rather was playing at right-back for Wolves? 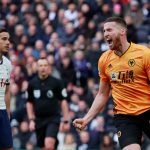 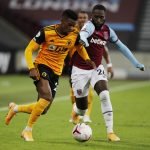 Despite Spiers’ criticism, the defender has been the second-best performer in Nuno Espirito Santo’s squad in the league so far this term with a 7.03/10 average rating (per WhoScored).

Furthermore, his defensive stats are strong as he has made more tackles per game than any other player still in Wolves’ squad (2.7) and made the sixth-most interceptions (1.3).

So, perhaps Spiers was being overly harsh on Semedo and the Portuguese full-back just needs a little more time to settle in properly.