Wolves: Tim Spiers has claimed that Patrick Cutrone is not a ‘Nuno player’

The Athletic’s Tim Spiers has claimed that Wolverhampton Wanderers striker Patrick Cutrone is not a “Nuno player” and suggested his future may be away from Molineux.

Wolves sealed the arrival of the 23-year-old Italian from AC Milan during the summer of 2019 and they forked out £19.8m to do so (as per Transfermarkt).

Following two goals in 12 Premier League appearances in his first season at the club, the striker was shipped out to Fiorentina in January 2020 on an 18-month loan deal with an option to make the move permanent (per BBC).

However, following Raul Jimenez’s serious injury earlier this term, Cutrone was recalled from Serie A by Nuno Espirito Santo’s side (as per Wolves).

During the latest episode of The Athletic’s The Molineux View podcast, though, Spiers claimed that the Italian was not a “Nuno player” and discussed his future.

He said: “Cutrone, I’m not sure where he fits in, to be honest. I don’t think he’s a Nuno player, for me.

“He doesn’t look like he fits into Nuno’s style and philosophy and it’s going to take a massive turnaround for that to change now.

“[It] looks far less likely now he’s going to be third-choice and I wouldn’t be at all surprised to see him move out on loan again.”

TIF Thoughts on what Tim Spiers said about Patrick Cutrone…

As can be seen in what Spiers had to say, he believes that the Italian striker is not “a Nuno player” and he “wouldn’t be at all surprised” if he left on loan again.

Should Patrick Cutrone go out on loan again this month?

No, we need the depth 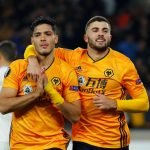 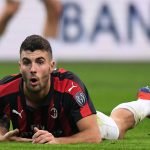 Since returning to Molineux, Cutrone has made two appearances in the league and although they were from the bench, he failed to give a good account of himself.

The 5.96/10 average rating he earned over the two games has made him the worst-performing player in the Old Gold’s squad so far this season.

So, perhaps that may suggest that the 23-year-old attacker is just not up to scratch to play for Wolves and it could be best for all parties if there was a parting of the ways.