Dean Jones has explained that West Ham picking up Jesse Lingard on loan isn’t going to be as straightforward as it might seem.

A recent report from The Manchester Evening News has claimed that David Moyes’ men are ‘the only side to have shown concrete interest’ in bringing Lingard in from his exile at Manchester United this season.

The 28-year-old has only played three games in all competitions for the Red Devils this season, and with the European Championships around the corner, he’ll need a run of games if he is to have an outside shot of getting back into the team having not played for Gareth Southgate since 2019.

However, speaking on Touchline Talk, Jones explains that it’s not quite as straightforward as calling up Lingard and putting pen to paper:

“I know that David Moyes does really like him. But for me, the interesting factor will be more how are they planning to get this deal done. At the moment, West Ham have filled their quota of domestic loans. So they can’t take him as it stands right now on a loan deal, so it would have to be a permanent [deal]. Or, they turn one of their current loan deals into a permanent.”

Would you be happy if West Ham signed Jesse Lingard from Manchester United? 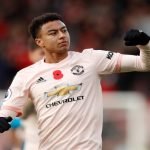 Jones’ words point to something of a pickle for the Hammers and just how much they value the option of having Lingard onboard compared to some of their other players.

He mentions turning loan players into permanent ones, which isn’t always as easy as it might seem. For instance, their loan deal for Said Benrahma is set to become a permanent one at some point – it’s just a case of whether or not they decide to do so now or at the end of the season.

But with the deal potentially costing them as much as £30m and the club’s finances not in the best of positions right now, they might have to postpone making that move happen, leaving one less option to help bring in Lingard.

So this is where West Ham have to ask themselves, how much is Lingard worth to us, and is it worth potentially disrupting things so badly just to have him for half a season?