West Ham United insider @ExWHUemployee has recently named Ivan Toney as a player of interest to the Hammers.

Last week, it was announced that Sebastien Haller had left the Irons and signed for Dutch giants Ajax in a €22.5m (£20.25m) switch (per BBC).

The departure of the Ivorian has left David Moyes with Michail Antonio as the only out-and-out striker in his current first-team squad (as per Transfermarkt).

So far this season, the 30-year-old Englishman has proven himself to not be totally reliable, as he has missed several games through injury already.

During the latest episode of The West Ham Way Podcast, @ExWHUemployee aired the names of two Championship strikers which the Irons have been keeping tabs on.

He said: “We also like a few Championship players.

“The main one, being in terms of [a] realistic option… I think we like [Ivan] Toney at Brentford, but I just don’t think realistically we’d be able to sign him right now.

“[Adam] Armstrong of Blackburn [is the realistic option]. At the moment, I don’t think we’ve put in a bid, but certainly, he is a consideration.”

TIF Thoughts on what @ExWHUemployee said about the Championship duo…

As can be seen in what the in-the-know podcaster had to say, he believes that West Ham like both Toney and Armstrong, however, the latter is a more likely signing.

Which of the two strikers would you rather West Ham signed? 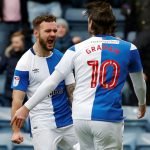 Judging from their stats so far this season, it would appear that Toney would marginally be the better signing of the two players, with both in stellar form.

The Brentford attacker has scored 16 goals and assisted four over 22 league appearances this term, earning him a huge 7.42/10 average rating (per WhoScored), compared to Armstrong’s haul of 16 goals and three assists over the same amount of games, at a slightly lesser rating of 7.24.

Therefore, it may be worth West Ham going for the more realistic option if either player was to replicate their Championship form in the top flight.