Back in the summer of 2019, the former Stoke City attacker left the London Stadium for Shanghai SIPG in a £22.4m deal (as per BBC).

The forward had made no secret of his desire to leave the Irons and after West Ham rebuffed a bid from China initially, a later offer was accepted to avoid him becoming a ‘potentially disruptive influence‘.

However, in a previous episode of The West Ham Way Podcast, @ExWHUemployee revealed that David Moyes is keen on bringing the Austrian back.

In the latest episode of the podcast, though, the in-the-know podcaster aired the latest on the link and his cast doubt over it happening.

He said: “Moyes and the players love him, [they] want him to come back. Wages [are a] massive issue.

“[The] chairmen also [are] a bit reluctant. They just don’t really want to see him back at the club after what he did.

“So, I doubt he would sign, but I think Arnautovic and [Joshua] King could be fall-back options at the end of the window if [another signing] hasn’t happened.

“I really, really can’t see Arnautovic happening. I’m not saying I’m ruling it out completely because it was me that actually broke the news, but I just can’t, at this point, see that happening.”

TIF Thoughts on what @ExWHUemployee said about Marko Arnautovic…

As can be seen in what the podcaster had to say, it seems unlikely that the Austrian will be returning to the London Stadium, although it is not impossible.

Would you want to see Marko Arnautovic return to the London Stadium?

No, he's not welcome back 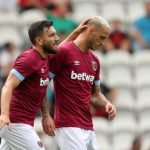 Yes, I'd love to have him back 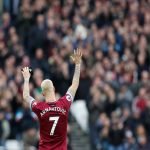 On recent form, it seems that the 31-year-old attacker still knows where the back of the net is as he has scored seven goals in 18 Chinese Super League games this season (per WhoScored).

However, a 6.85/10 average rating for Shanghai SIPG over those outings is hardly inspiring if he would cost a lot of money in wages to bring back, as @ExWHUemployee suggested.