Football journalist Ian McGarry has been sharing some details on a potential transfer move from Chelsea for West Ham United midfielder Declan Rice.

This comes after McGarry recently co-hosted the latest episode of The Transfer Window Podcast where he spoke about a number of different transfer rumours ahead of the opening of the January window.

On the topic of Chelsea’s well-known interest in Rice, McGarry had this to say on the matter. (2.23)

He said: “Declan Rice, the West Ham defensive-midfielder, who [Frank] Lampard covets very much with regards to his ability to play both in a back three and just ahead of defence in terms of playing as a disrupter where he plays for West Ham.

“That chase will be upped in this window upcoming, however, the expectation at Chelsea is that perhaps West Ham prefer to sell in the summer and not in the January window, however, Chelsea will continue to pursue it in both windows and with the player, as they understand it, intimating that he would certainly be very attracted to a move to West London, then that’s something they will continue to pursue.”

Rice joined West Ham’s youth system from Chelsea back in 2013. Since then, the 21-year-old has worked his way through the ranks at the east London club, making his senior debut for the Hammers back in May 2017 under former manager Slaven Bilic.

Since then, Rice, who is currently valued at £49.5 million, has made 126 appearances for David Moyes’ side in which he has managed to score three goals and provide five assists along the way (per Transfermarkt).

Do you think Rice will eventually end up at Chelsea? 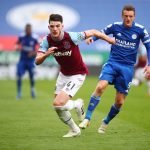 With Rice playing every single minute of Premier League action for West Ham so far this season and earning himself a decent season rating of 6.94/10 in the process, it’s clear that he is an important figure in the Hammers’ squad.

In our view, West Ham will need to make sure they do all they can to keep hold of Rice in January but also in the summer as well to keep him out of Chelsea’s hands.