Fabrizio Romano has revealed that Tottenham Hotspur are in the closing stages when it comes to the contract of Son Heung-min.

The 28-year-old signed a five-year deal back in the summer of 2018, but such has been his impressive form, and possibly in an attempt to stave off any clubs looking to bring him on board in the near future, Spurs have been looking to provide him with a brand new deal, with negotiations underway for some time.

And speaking to Give Me Sport, Romano claims that the club are in the final stretch when it comes to putting pen to paper, with just the finer details to sort out:

“At the moment with Son, they are progressing just because they are close to signing a new contract, they are working by mass on this and as a new agent, he was so close to the Tottenham board, so they are so optimistic.

“Tottenham, I feel, are so relaxed about their top stars, they are convinced that these players will stay, in particular Son, he is going to extend this contract in their opinion I feel also, in a positive way, also around the player, not just around the club. So they’re negotiating about the salary and every detail, if it will be a five or six-year contract, so they are negotiating about the details but the idea of the player is staying, that the club is obviously keeping him so when you want the same thing, I think they will go for for the new contract because he wants to stay and also because it’s really difficult to negotiate [a move away] with Daniel.”

Would you like to see Heung-min Son spend the rest of his career with Spurs?

No, we should cash in 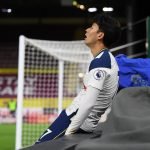 Romano’s words will surely be a delight to Tottenham Hotspur fans around the world, with one half of their now record-breaking partnership looks set to have his future secure for some time to come.

Having been signed for £22m in the summer of 2015, the return on their investment has been nothing short of incredible, with over 100 goals scored and double-digit returns in five straight league campaigns, the only thing really missing from him and the rest of the Spurs side is a trophy. But whether it be for five years or six, so long as he can keep producing like he has, then this team will always be in with a shout of winning something.