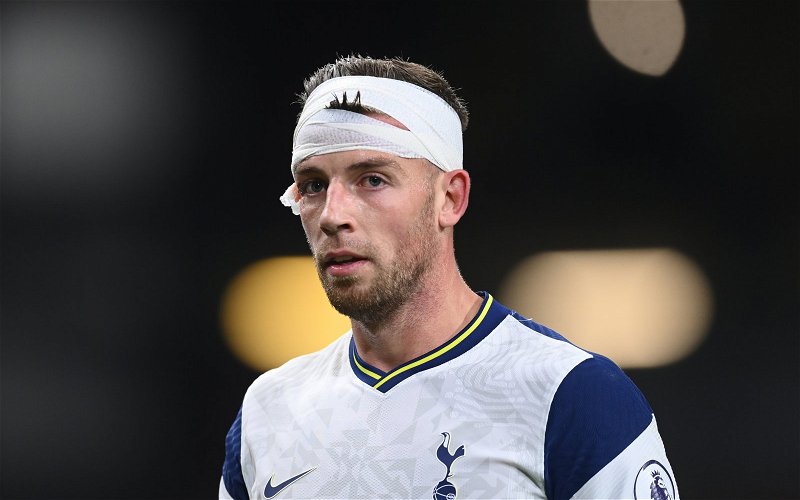 Having been a regular in previous seasons in North London, this season has seen Alderweireld lose minutes due to injury and although it often seems he continues to be selected when fit, his time under Jose Mourinho could be about to come to an end altogether.

A recent report in Belgian outlet Voetbal 24 has claimed that Club Brugge are interested in bringing the centre-back, and using former Premier League shot-stopper and Belgium teammate Simon Mignolet as bait to try and lure him away.

Talk of this move which these Spurs fans apparently wouldn’t be too sad to see happen, as they took to social media to say they didn’t want him at the club anymore:

@delstroyer_
“Unfortunately believe it is time, we need to look elsewhere for a big CB, rodon looks very good tbf though, shame as I love toby but seeing him get manhandled by a bottom table championship player hurt in the build-up to Wycombe’s goal”
@TeddJimbs
“Fantastic stuff, take him”
@stu_thfc
“this would be smart if we got a replacement in for him. he is FINISHED”
@brotherlove_91
“I love and adore Toby. But if he doesn’t get consistent starts then he’s no good to us. He’s a player that thrives when given consistent minutes, and that doesn’t seem likely to happen. Let’s see what youngster on Ajax we can cheapen the price of with a Toby sell in the summer.”
@Spursy_American
“have him lads”
@thfcjxke

Whether or not they intend to bring him in during this window or wait until the summer is as yet unclear, but with Tottenham reportedly looking at the availability of other central defenders in recent months, it’s fair to say that the club might already be making plans to replace him soon enough.