A lot of Tottenham Hotspur fans have flocked to a post from Alasdair Gold that has a link included to an article on Jack Clarke, who looks set to join Stoke City on loan.

In his tweet, the Football.london reporter claims the Potters are looking to change the way they play and that Gold thinks this will be a good move for the young winger.

The article states that Jose Mourinho has been ‘impressed’ with the former Leeds United man and that the decision to send him to the Championship on loan is to ensure he has a long-term future with Spurs.

This post has drawn in these Tottenham fans who are pleased to see this move happening.

“Clarke is an intriguing player, the few times he has been on the pitch he seems to have “it”. I worry that it’s going to take a desperate situation with injuries (like Tanganga) for him to ever break into the first team though.”

“Hopefully this move will give him the confidence and he can really show what he’s made of. Big future ahead of him.”

Do you think this is a good move for Clarke?

Yes, gets him some game time 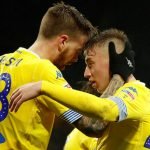 No, he should stay here 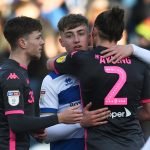 However, other Spurs fans don’t rate Clarke or think he has struggled.

“He’s not good enough for me, he’ll be sold by the summer”

“Needs a sustained run of games as he has stagnated…”

“How much did we pay for him? Looked very average against Marine, don’t see what made us buy him.”

“Yet another pointless signing.”

“This doesn’t sound too great. ‘Hoping to change the way they play’ and if they don’t change it , its another half a season wasted :(“

So, he has been starved of regular first-team action, and it is clear that many Spurs fans think that this is a good move and hope that he does well, which is nice to see.