Supporters of Tottenham Hotspur have been left worried after a transfer claim linking Sergio Reguilon with a return to Real Madrid emerged.

During the summer transfer window, the north London club sealed the arrival of the Spanish left-back on a permanent transfer from Los Blancos (per BBC).

While the move was permanent, there was a supposed £27.5m buy-back clause in the deal which saw him switch the Santiago Bernabeu for the Tottenham Hotspur Stadium.

According to a recent report by Sport, Zinedine Zidane’s side is ‘considering’ bringing the defender back to Spain already.

To do so, the Spanish outlet claims that Real Madrid would have to stump up €45m (£40m).

This claim was relayed to Tottenham fans on Twitter by The Spurs Express and it had lots of supporters worried.

So, what did these Spurs fans have to say about the transfer claim on Sergio Reguilon?

“I didn’t wake up to see this”

“Didn’t want to wake up to this”

The 24-year-old defender signed a contract in north London until the summer of 2025 and his market value currently stands at £25.2m according to Transfermarkt.

Do you think Sergio Reguilon would return to Real Madrid if they activated his buy-back clause?

No, he would stay 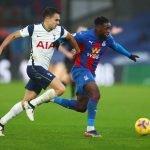 Yes, he would go 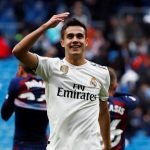 “If we lose him it will be devastating. Gives us so much down that left side”

“Well we knew that was coming!!”

“so much pain reading this :(“

So far this season, Reguilon has made 13 Premier League appearances for Tottenham, in which he has managed to provide three assists for teammates (per WhoScored).

He has been in respectable form for Jose Mourinho’s side, too, as he has earned a 6.87/10 average rating, making him the eighth-best performer in the squad.

As can be seen in these responses from Spurs fans, many of them were left worried after the transfer claim regarding Reguilon emerged on Twitter.