Tottenham Hotspur fans have been reacting with great joy over the latest news regarding defender Danny Rose.

The left-back has been something of an outcast ever since Jose Mourinho arrived at the club, being sent out on loan to Newcastle United last January and not even being given a squad number for this campaign, which made it very clear where his future would lie, and it wasn’t in north London.

A recent report from Turkish outlet Sabah has claimed that Trabzonspor have made an offer both to Rose and to Tottenham to buy him this window and end his spell at the club once and for all.

And despite having been a great servant to the club, racking up over 200 appearances in a Spurs shirt it looks as if many fans are on Mourinho’s side in seeing he doesn’t have a future at the club, which is why they took great joy in the news that someone could be willing to take him off their hands:

@PMTHFC
“Good riddance”
@JakeDodd_
“A queue of cars waiting at Danny’s House offering lifts to Heathrow!”
@swspurs
“Take the money and run”
@NFLFPL
“Trabzonspor players now googling who’s Danny Rose”
@Jasonsnell17
“As long as we don’t have to pay them too much to take him then do it!!”
@JohnLionhead 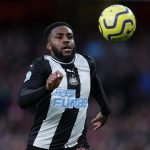 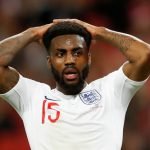 These responses might seem a little bit harsh – it’s not as if he was a total flop at the club along the lines of a Roberto Soldado.