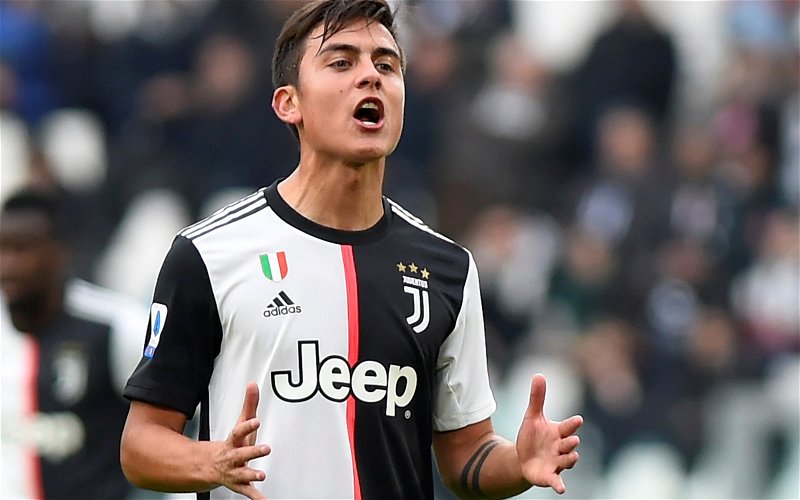 Tottenham fans have been reacting to news surrounding long-time target Paulo Dybala amidst a dispute at current club Juventus.

The Argentinian has been on Spurs’ radar for some time now, coming close to moving to North London back in 2019, but a move might still be on the cards after all for the man rated at £63m on Transfermarkt. Tutto Sport have claimed that there is a contract extension on the table from Juventus at the moment, but if he doesn’t sign it soon, then the Italian side could ship him out at the earliest possible stage, maybe even this January.

A further report in Calcio Mercato claims Tottenham and Manchester United are monitoring the situation surrounding his contract, ready to make a move this month if the opportunity arises.

Given how much they need someone to take the load off Harry Kane’s shoulders once in a while, it certainly would be a big statement if they were able to bring him on board. So you’d think this would be music to Spurs’ fans ears, to be linked with someone with his goal record again.

As it turned out though, that wasn’t the case:

“Say this every season”
@ndombele_stan
“That old chestnut?”
@anansithecule_
“Would love to see that deal done, but honestly cannot see that happening”
@mattgjones1
“This guy would drive us to a premier league title”
@brad_nb
“This guy would of saved poch job…”
@Martindolan101
“Swap with Alli please”
@PabsEvs

Would you like to see Spurs move for Dybala?

Looks like it’s a case of fool me once, shame on you; fool me twice, shame on me’, and they don’t want to fall for it again