This comes after Spurs podcast Twitter account @LastWordOnSpurs shared a post on their page relaying news originally published by Italian news outlet Tuttosport (via Football Italia) who claim that Eriksen is now closer to join Arsenal than he is to joining Leicester City before the end of the current January transfer window.

They also added that talks with Leicester City have stalled over Eriksen, due to his €7.5 million-a-year salary at his current club Inter Milan.

Interestingly, Spurs have been linked with a move for Christian Eriksen this month, and were reported (Gazzetta dello Sport and Corriere dello Sport (both via Sport Witness) to be the only club interested in signing the midfielder, which seems to suggest differently to the latest report.

However, this more recent post then gathered a lot of replies from Spurs fans who were quick to share their negative thoughts on this news.

So, what did these Spurs fans have to say about this news on Eriksen?

“No he can’t join Arsenal #COYS“

“I’d be absolutely heartbroken if he joined Arsenal”

“Go on Christian I dare you to join Arsenal.”

Since leaving Spurs in January last year for a move to Inter in a deal worth £24.3 million, the 28-year-old has made 40 appearances for Antonio Conte’s side in which he has only managed to score four goals and provide three assists (per Transfermarkt).

Would you be disappointed if Eriksen ever played for another PL club? 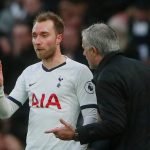 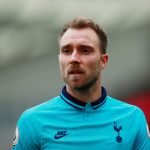 Looking at the replies to this post, it appears that these Spurs fans would not be happy to see Eriksen make a move to Arsenal and given the rivalry between the two clubs, it’s understandable why they would feel this way.

Also, with Arsenal having reportedly struck a deal with Real Madrid to sign Martin Odegaard on a loan deal until the end of the season, perhaps a move for Eriksen would be unnecessary.

Of course, the opportunity is still there for the Lilywhites to sign the attacking midfielder if they wanted to, though it appears as if they’d have to pay his full wage to do so.