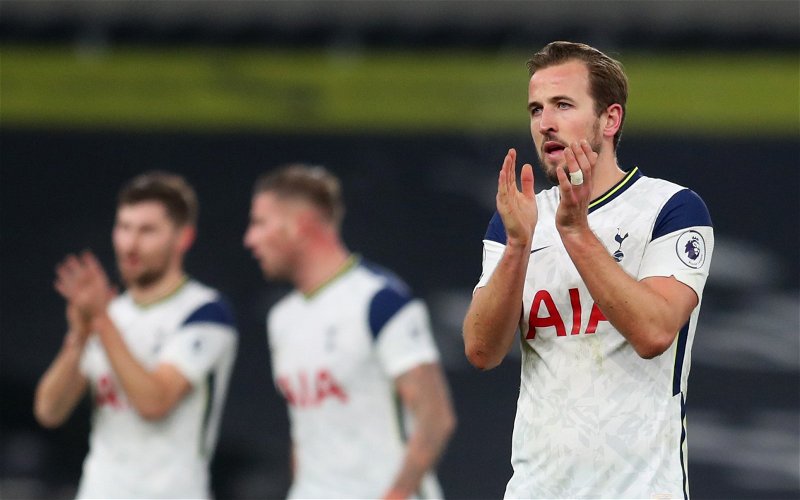 Fans of Tottenham Hotspur have been reacting to a post on Twitter, which relayed a claim that Manchester City are planning a bid for Spurs striker, Harry Kane, this summer.

According to Christian Falk, Pep Guardiola’s side are willing to offer €100 million (£90.2 million) for the England captain in the summer transfer window.

So far this season, the £108 million-rated 27-year-old has highly impressed over his 15 Premier League appearances for Jose Mourinho’s side, scoring nine goals and providing 10 assists, as well as averaging a WhoScored match rating of 7.83 – ranking him as Tottenham’s best player, and the second-best player overall, in the top flight.

And, after The Spurs Express relayed Falk’s claim on Twitter, fans of Tottenham flocked to have their say on the potential transfer, with many left furious by the idea of Kane leaving north London.

Do you think Harry Kane is worth £200 million?

So, what exactly did these Tottenham Hotspur fans have to say regarding Manchester City’s potential interest in signing Harry Kane?

“Try doubling it and we’ll listen”

“89 million pound. They can prepare all they like he ain’t leaving this year.”

“Tottenham are planning to reject it out of hand”

“Clearly they’re out of their mind”

All in all, it would appear that the vast majority of these Tottenham fans would expect not to sell Kane for less than £200 million, with many suggesting that Daniel Levy will laugh Manchester City out of the room if they offer €100 million (£90.2 million) for the forward, while others simply told Guardiola’s side to dream on.