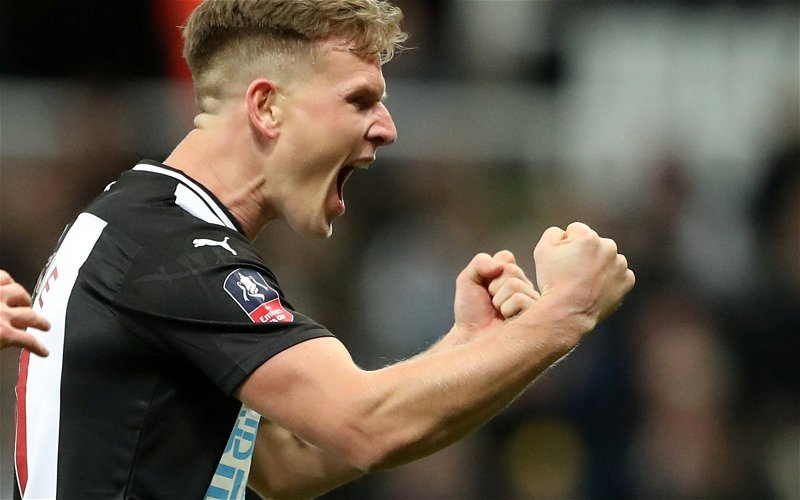 A lot of Newcastle United fans have flocked to a post from Craig Hope that has some information on Matt Ritchie.

The Daily Mail reporter claims that Bournemouth are trying to re-sign the former Scotland international but have not reached an agreement with the Toon.

Ritchie has only made eight Premier League appearances this season for Newcastle, and when he has played, he has earned a weak 6.44 rating.

This post drew in these Newcastle fans, who would be pleased to see Ritchie leave Tyneside.

“Give him away and I’ll drive him down aswell if needed, he has literally stole a living by showing PaSHuN (shouting at teammates for his own mistakes) has very little quality championship player at best”

“His legs have gone….worth selling if we get someone in. Got to take a punt to lift the dressing room. If we’re not replacing him then don’t bother selling”

Do you want Ritchie to leave?

No, we could do with his experience

Yes, he has had his time

The 31-year-old only signed a new deal at Newcastle in March and has been at St. James’ Park since the summer of 2016 – making 159 appearances for the club, in which he has scored 24 goals and provided 28 assists.

He was a key part of Rafael Benitez’s Championship-winning team of the 2016/17 season, scoring 12 goals and providing eight assists.

However, it is clear that not many Toon fans would miss him if he were to go back to the Cherries.

“High wages hardly starts and he’s been declining season in season now so get rid even just for wages alone,I’d take king though”

Newcastle have been linked with Josh King in the past, but it appears he will not be part of the deal as it stands.

However, it does look like Ritchie could be departing Tyneside before the end of the transfer window and judging by some of these reactions, many Toon fans will be happy to see him go.