Earle appeared on the latest episode of The 2 Robbies podcast and the panel discussed multiple issues involving the Premier League. One talking point was Liverpool’s injuries in the defensive department, following Joel Matip’s injury against Tottenham. Earle believes that Fofana could be the ‘perfect’ solution for Liverpool’s defence in the future.

Fofana arrived at Leicester in the summer transfer window from Ligue 1 side St. Etienne for a fee of £31.5 million. Since arriving in England, the 20-year-old Frenchman has made 26 appearances in all competitions for the Foxes. He has played 15 times in the Premier League (as per Transfermarkt).

Should Liverpool consider a move for Wesley Fofana? 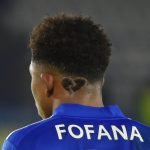 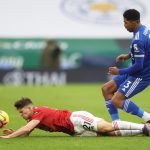 After being asked whether forking out a large fee for the defender would be worth it – after alluding the Foxes’ previous sales of Harry Maguire – Earle believes that Fofana and Spurs’ Joe Rodon are sort of profiles that Liverpool should be looking at when it comes to their hunt for a defender.

He said: “Listen, this is football, mate – nothing silly. The number is going to be high. I tell you what I do like going down the road of – saying okay, we’ll give you let’s say £50 [million] and you can get [Takumi] Minamino, [Divock] Origi or a couple of other people you might want out your club, off the wage bill – and you can make it work that way. As you say it’s a club that will sell. I mean, in terms of the time – he is the perfect one. I look at him, you look at Joe Rodon – I know he made a big mistake – but that’s the profile of player I believe Liverpool should be looking at.”

In the current league campaign, Fofana has picked up a rating of 7.15 for the Foxes and he has been the club’s third-best rated player in the season. That might be a reflection of how good he has been in his first season in the Premier League.

His performances have been heralded by Brendan Rodgers, who said: “He’s absolutely colossal for a young guy. We’re delighted with him. He’s a big, big talent. He’s loved his start here.”

This shows how talented a player he is and at 20 years of age, he might have potential to develop too. So Fofana could be a very good signing for Liverpool in the future.